This is an ENORMOUS cemetery. It really does go on and on forever. The memorial park actually incorporates three cemeteries: Botany Cemetery, Eastern Suburbs Crematorium and Pioneer Park. After wandering around the beautiful 1938 crematorium building we headed to the Pioneer Memorial Park. Oh boy what a travesty of heritage management. Then I read up about it, and the backstory is even worse.

In 1901 2,825 headstone, memorials and remains formerly from the Old Sydney Burial Ground (1792-1868) and the Old Devonshire Street Cemetery (1868-1901) were moved to the site which was called Bunnerong Cemetery at the time. Then according to the wikipedia entry for the cemetery: ‘In 1976, the Botany Cemetery Trust destroyed most of these historic monuments by creating a new, low maintenance lawn area. The remaining 746 headstones were reinstalled in concrete strips, unrelated to the graves below’. So sad that only about a third of the headstones survived. Those that did look so strange all lined up, back to back, in neat rows totally unlike any cemetery I’ve even visited.

But it gets worse. ‘In May 2016 an obtrusive series of statues was installed in the middle of the ancient headstones. This comprises six white statues, 15 signboards and white garden bed edging. It commemorates the First Fleet despite the fact that only 12 of the 746 monuments in the park record people who arrived on the First Fleet’.

Firstly feels totally out of proportion that a huge amount of physical space and interpretation in the area is devoted to less than 2% of the memorials that are present. And yes, they are ‘obtrusive’ and also tacky but they are also deeply offensive. Particularly for something which was created as recently as 2016. There’s a statue of the ‘first dog’, one and a half plaques of sea faring terms but the real offence not a whisper of Australia’s first peoples. Nothing. We need to do better than this. 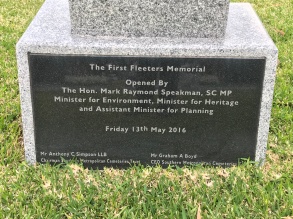 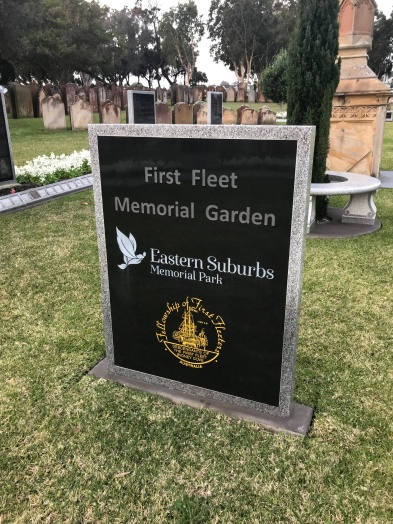 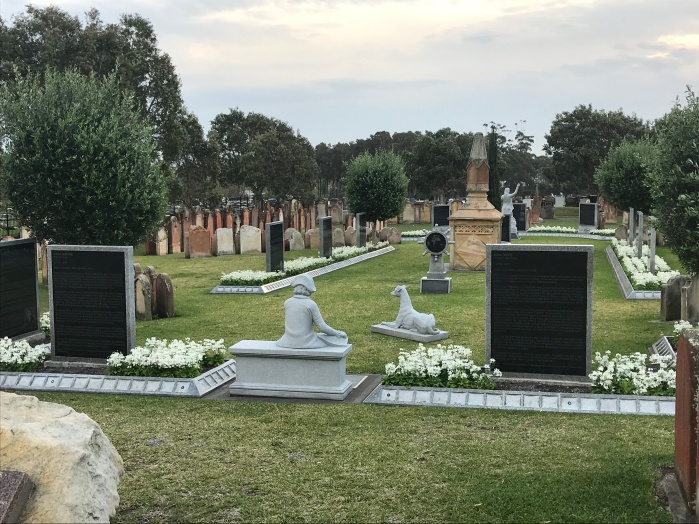