I loved the first two series of Glitch so was super excited when they approached me to be a historical consultant for them. I’ve also had the opportunity to do something similar on a draft novel. I find this work so interesting as it makes you realise how slippery we are as historians. We are able to write around things that we don’t know for sure. Dramatisations of the past are not so forgiving. It is not enough to know that ‘offerings were made to the ancestors’, exactly what offerings were made. And when you can’t find the answer in the historiography you really need to make your best guess. One of the things I found most interesting in this project was thinking about how a Chinese man who died during the gold rush period might have understood his situation when he was suddenly back in the world walking around in the present. I was also interviewed for one of the behind the scenes episodes they created: https://www.youtube.com/watch?v=DBUpm0jcO_0.

Here’s the IMBD entry for the series: https://www.imdb.com/title/tt4192782/episodes. It was first aired on ABC TV and is due to air on Netflix. 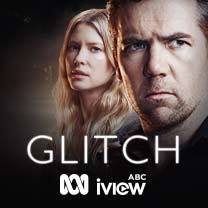